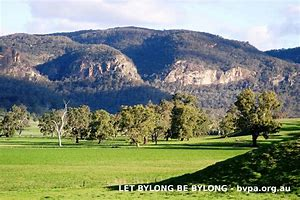 This exciting news and the background story (copied below) is from the website of the Environmental Defenders Office. https://www.edo.org.au/2020/12/18/bylong-valley-coal-mine/

“In a historic win, the Bylong Valley Protection Alliance (BVPA) – represented by the Environmental Defenders Office – has successfully defended the Independent Planning Commission’s (IPC) refusal to approve a brand new coal mine on prime agricultural land in the Bylong Valley, NSW.

Korean company KEPCO – which systematically purchased vast tracts of land in the valley -has failed in its bid to overturn the IPC’s decision with the NSW Land and Environment Court.

In a judgment delivered today, the New South Wales Land and Environment Court rejected KEPCO’s appeal against the Independent Planning Commission’s (IPC) decision to refuse the mine on a number of grounds, including its contribution to climate change.

In a peculiar case, the community was left on its own to defend the IPCs decision with the Government choosing to take no active role in the proceeding.  Without the Environmental Defenders Office to represent them, it’s likely KEPCO’s challenge would have taken place without any active contradictor. Today’s decision highlights the importance of community legal centres like the EDO in ensuring the base concepts of legal equality and access to justice.

The finding means that the IPC’s findings, that the mine was contrary to the principles of ecologically sustainable development and would have detrimental impacts on groundwater, agricultural land and aesthetic, scenic, heritage and natural values, still stands.

The September 2019 IPC ruling also found that the climate impacts of the coal from the mine were “problematical” after hearing expert evidence on the global carbon budget.

“We could not be more pleased for the Bylong Valley Protection Alliance, who have fought courageously for five years to protect their beautiful valley from this mine.

“The community provided robust scientific evidence to the IPC on the detrimental environmental, social and economic impacts of the proposal to build a new coal mine in a highly productive agricultural area.  The IPC found that the mine was contrary to the principles of ecologically sustainable development and would have unacceptable impacts on the Bylong Valley. Today, the Court has confirmed the IPC’s refusal was lawful.

“We congratulate the BVPA on today’s decision, which is a historic win, not just for Bylong but for everyone working to limit global carbon emissions and avoid the worst impacts of climate change.”

The Bylong Valley coal mine was a proposed 6.5 million tonnes-per-year open cut and underground thermal mine, planned by Korean company KEPCO in an area of New South Wales known for its scenic beauty and agricultural productivity.

The local community has fought against the mine for years, supported with legal advice and representation from the Environmental Defenders Office.

In September 2019, the NSW Independent Planning Commission found the mine was contrary to the principles of ecologically sustainable development, cited impacts on groundwater, agricultural land and aesthetic, scenic, heritage and natural values in its Statement of Reasons for the refusal.

Acting for the Bylong Valley Protection Alliance, EDO lawyers had presented the Commission with expert evidence, including on the mine’s climate change impacts. In its Statement of Reasons, the commission said that the greenhouse gas aspects of the project were ‘problematical’.

The judicial review was heard in the NSW Land and Environment Court in August 2020. ”

Read more of the latest news from the Environmental Defenders Office: https://www.edo.org.au/the-latest/