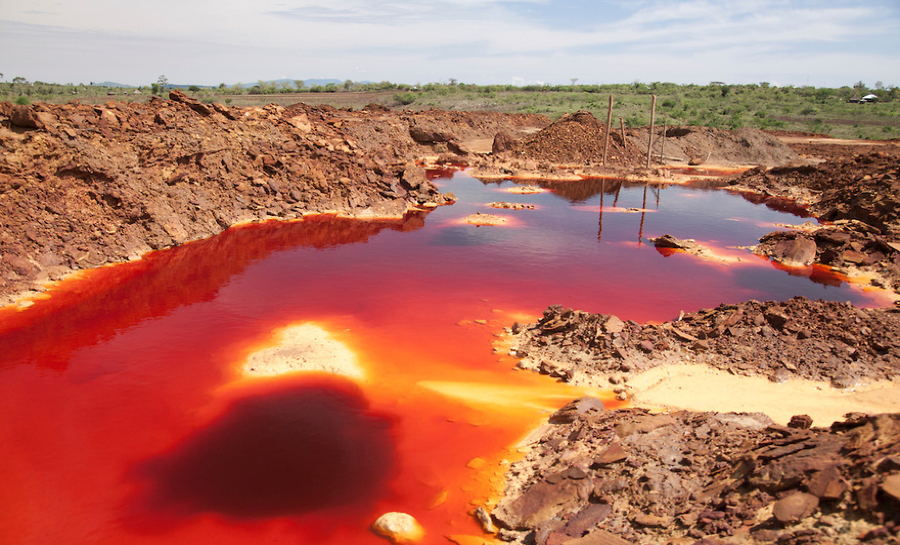 For the fourth week running, residents of the Rylstone, Lue and Mudgee area have gathered at the Lue Community Hall to hear and discuss important information relating to the proposed Bowdens Lead, Zinc and Silver mine.

On Tuesday evening, 45 community members attended the information session, hosted by the Lue Action Group, a community group formed in 2011 to protect the region from the environmentally hazardous Bowdens project.
President of the Lue Action Group, Mr Tom Combes, said the meetings provided an opportunity for local residents to hear from independent experts about various aspects of the Bowdens proposal.

“Bowdens Environmental Impact Statement contains a huge amount of technical information, and we hold these community meetings because the impacts of this project are serious, and it’s critical people can access information about the proposal that is independent from the information Bowdens is distributing.

“The meetings provide an opportunity for the community to hear from independent experts and ask questions that are of concern to them.”

On Tuesday, the gathering heard from an experienced consultant mining engineer who explained the potential impacts of Bowden’s plans to dump waste rock and toxic tailings above the water table and catchment areas of the Lawson, Price and Hawkins Creeks.

“Our independent engineer’s analysis shows that over sixteen years, Bowdens proposes to excavate 46.4 million tonnes of waste rock, over half of which is potentially acid forming,” Mr Combes said.

“They propose to then dump this acid forming waste rock above the water table forever.

“The proposed engineering design to prevent acid water and heavy metals leeching into the water table is complex and difficult to monitor for leaks. This means any leaks in containment will be difficult to detect until they have escaped into the surrounding environment, at which point it is too late.”

Bowdens also propose to construct a 117 hectare tailings dam at the headwaters of the Lawson Creek.

“The tailings material will contain lead, arsenic and also the cyanide used in processing, and will sit above the Lawson Creek forever. Long after mining is finished, our region will be burdened with a dangerous legacy requiring diligent ongoing maintenance if we are to avoid the toxic materials leaking into the Lawson Creek.”

Beyond the environmental impacts of the project, the human health risks created by a lead mine only two kilometres from the township of Lue are of particular concern.

“While the value of the silver from the proposed mine is higher, this mine will actually produce far more lead and zinc than silver,” Mr Combes said.

“Bowdens propose to produce and process 95,000 tonnes of lead, right next door the Lue township.

“Lead is toxic, with air born lead dust from processing a key risk. It’s widely accepted that there is no safe level of human exposure to lead.

“Our independent expert analysis confirms that lead is stored in the human body, with children from two to five years of age at particular risk of neurological and cognitive system development issues.

“The safest place for lead is in the ground, and we need to seriously ask ourselves whether the very real risk of lead contamination the Bowdens project brings is something we want to introduce to the Lue and wider Mudgee region.”
Importantly, Mr Combes noted the Lue Action Group is neither an anti-mining nor anti-development group.

“We fully acknowledge the many significant benefits the mining industry has brought to the Mudgee region, and we accept that the employment opportunities created by the Bowdens project are a positive, but we really urge people to think about the cost at which these jobs may come,” Mr Combes said.

“Not only is there no guarantee these jobs will go to local people, but the environmental and human health impacts of this project have the potential to negate any benefits brought by increased employment opportunities.”
While the proximity of the mine to Lue means immediate impacts will hit hardest there, the potential severity of the human health and generational environmental impacts of the mine make it an issue that goes far beyond just the Lue township.

“This project could spell the end of the Mudgee region’s hard won reputation as an award-winning tourist destination boasting diversity of industry, beautiful natural surroundings, clean air and water and an abundance of locally grown food and wine,” Mr Combes said.

Community meetings will be held at the Lue Town Hall from 6pm each Tuesday evening until 21 July, and the Lue Action Group is urging all local residents to be informed about the Bowdens Project and the impacts it will have, and to lodge a submission to the NSW Department of Planning, Industry and Environment before 27 July 2020.