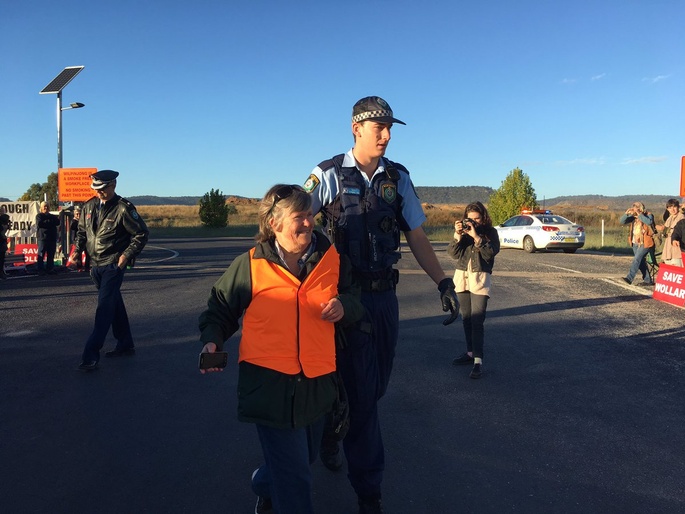 Early on Wednesday 12 April 2017 Bev Smiles, Bruce Hughes and Stephanie Luke stood up to protect the small community of Wollar from the expanding Wilpinjong Coal Mine. With the NSW Government removing their rights to appeal the mine expansion in Court, in protest, they blockaded the entrance to the mine!

They are the first people in NSW to be charged under new laws aimed at preventing peaceful protest at mine sites. They now face a possible 7 year jail sentence and heavy fines simply for stopping traffic.