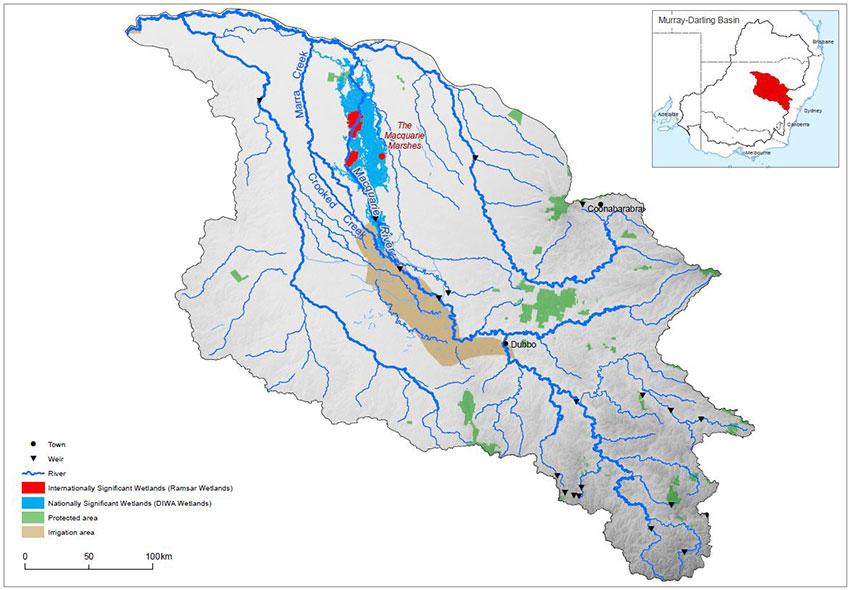 Healthy Rivers Dubbo welcomes the news that Cate Faehrmann, Chair of the newly established NSW Parliamentary Inquiry into the impacts of, and rationale for, new dams in NSW, will be conducting a 6 day tour of the Southern NSW Murray Darling Basin.
The Inquiry will be looking at the impacts and justifications for four dam proposals, and the plans to regulate the Darling River with a series of gated weirs. Dams are being planned for the Macquarie River at Gin Gin, the Mole River, Dungowan Creek near Tamworth, and the raising of the Wyangala dam wall on the Lachlan River.

“Dams don’t make more water – they take water away from downstream users and the environment, and make it available to only a few upstream users.

“The economics of the Macquarie re-regulating dam don’t make any sense. Why should the public spend many tens of millions of dollars to subsidise the businesses of a handful of irrigators, when many more businesses and towns downstream will be pushed to the brink with even less water?

“Why should the public foot the bill for a project that will spell disaster for the ailing Macquarie Marshes, and what remains of our endangered and threatened native fish populations?

“The Macquarie Valley did it extremely tough during the last drought. Plans to allow even more water to be extracted for one industry at the expense of so many others shows us the extent of the disregard the NSW National Party has for regional people and places.

“Healthy Rivers Dubbo welcomes the Upper House Inquiry that Ms Faehrmann is chairing, and should Ms Faehrmann have the time in her busy schedule to tour the project sites in the Northern Basin during the Inquiry, we will be sure to show her around the Macquarie Marshes, and what we stand to lose in the valley should the disastrous dam go ahead.”