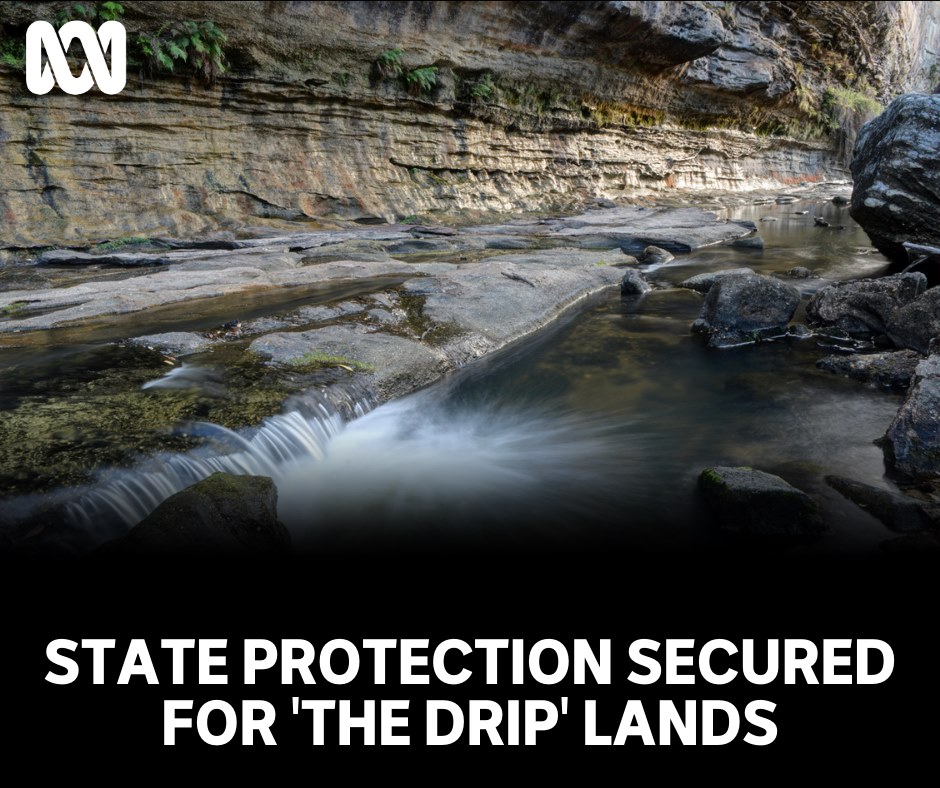 Protection has been secured for a rock formation of Aboriginal significance near Mudgee.

The NSW Government has announced 33 hectares, which are home to ‘The Drip’, have been compulsory acquired from mining company Moolarben Coal.

The Energy and Environment Minister Matt Kean said the move will allow the lands to be reserved as part of the National Park estate.

The area is home to 30 bird species including the powerful owl.

It was officially added to the Goulburn River National Park in 2015, with the staged acquisition taking place during the last five years.

The Mudgee District Environment Group said it welcomes the decision but is asking that all mining activity be excluded from the area.

“Mining and exploration activities risks the groundwater system that feeds The Drip and the Goulburn River and the stability of sandstone cliffs along this much-loved river corridor,” the MDEG said in a statement.