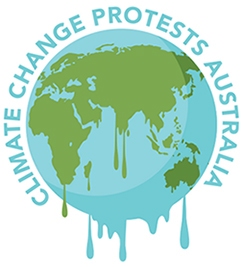 ‘Climate Change Protests’ is a national index of climate change protests occurring across Australia. This website lists events but has no involvement in the running or co-ordination of any of them.

Peaceful protests and nonviolent resistance are important parts of any functioning democracy. They have a long and storied history synonymous with great and enduring political change, both in Australia and around the world.

Peaceful protests can be small acts that make a profound difference. In 1956 in America, for example, Rosa Parks famously refused to give up her seat to a white man – which led to the Montgomery Bus Boycott and became a defining moment in America’s civil rights movement.

Peaceful protests can also be large scale mass gatherings. In 1963, when Martin Luther King Jr delivered his famous “I have a dream” speech, 200,000 people gathered around the Lincoln Memorial in Washington.

Individual actions can make a difference.

Studies show that peaceful protests are more effective than violent protests in the achievement and longevity of meaningful political change. An expert in this field is political scientist Erica Chenoweth, who studied the effectiveness of nonviolent versus violent campaigns and gave a TEDTalk on this subject.