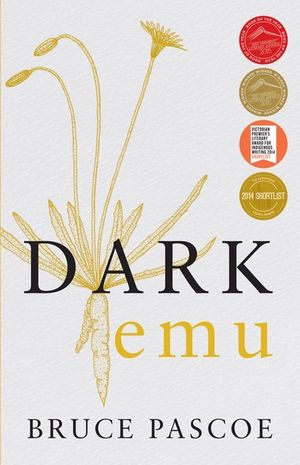 Aussies like to kick back with a book and a cold drink on a summer afternoon. But what to turn to?

Here are two relevant, home-grown, award-winning books that will inform, challenge and engage you.

First is Bill Gammage’s ‘The Biggest Estate on Earth, How Aborigines made Australia’.

This book  ‘explodes the myth that pre-settlement Australia was an untamed wilderness. Across Australia, early Europeans commented again and again that the land looked like a park. With extensive grassy patches and pathways, open woodlands and abundant wildlife, it evoked a country estate in England. Gammage has examined written and visual records of the Australian landscape. He has uncovered an extraordinarily complex system of land management using fire and the life cycles of native plants to ensure plentiful wildlife and plant foods throughout the year. We know Aboriginal people spent far less time and effort than Europeans in securing food and shelter, and now we know how they did it.

The details of land-management strategies from around Australia, rewrite our history with huge implications for us today. Once Aboriginal people were no longer able to tend their country, it became overgrown and vulnerable to the hugely damaging bushfires we now experience. And what we think of as virgin bush in a national park is nothing of the kind.’ (Allen and Unwin)

Pascoe intends his book to bring ‘a greater truth’ about our country. He argues for a reconsideration of the hunter-gatherer tag for pre-colonial Aboriginal Australians. Almost all the evidence in Dark Emu comes from the records and diaries of the Australian explorers, impeccable sources. The compelling evidence insists that Aboriginal people right across the continent were using domesticated plants, sowing, harvesting, irrigating, and storing — behaviours inconsistent with the hunter-gatherer tag which Pascoe claims is a convenient lie. There is strong evidence of sophisticated farming and agriculture practices, and a lot more sedentary living (village populations) than we were led to believe.

So there it is! Your chance to engage with a history that has been hidden from us. One book describing the appearance and management of our land; the second book describing sophisticated food production, housing construction and clothing techniques.