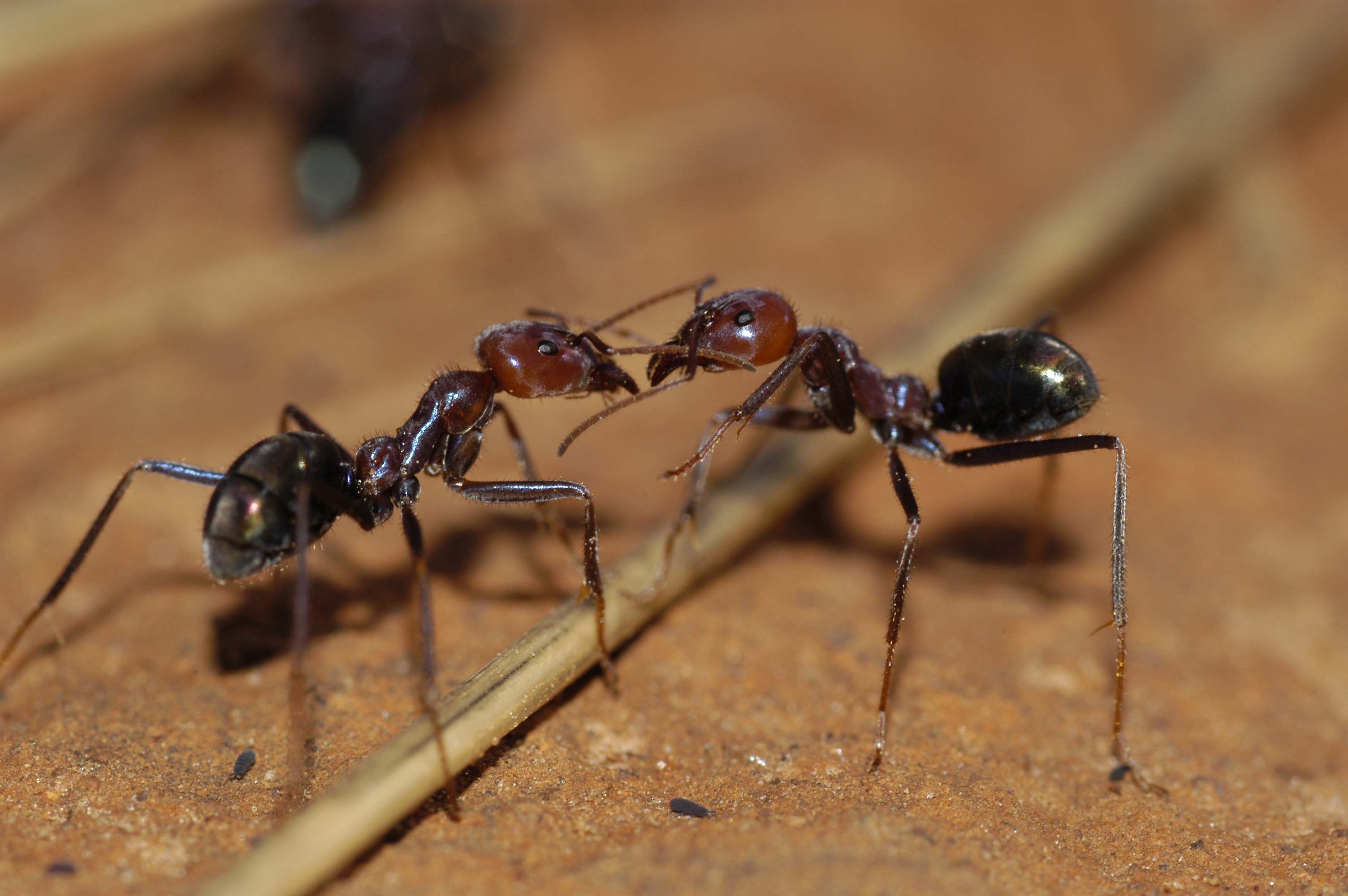 Next time you accidentally stand on a line of foraging meat ants, take a moment after you have jumped, slapped and scratched to consider how helpful they are!…yes, really! Our Aussie meat ants (Iridomyrmex purpureus) don’t live anywhere else on the planet, and they do us a great service. Likewise those pesky little black ants that get in the honey are also our friends.

Ants play two major roles in an ecosystem: enriching the soil, and preying on other animals.

First  and foremost, ants aerate the soil (by burrowing underground), which  means oxygen and water can reach plant roots. But more importantly, by dragging food and seeds around, they accidentally increase the level of nutrients in the soil.

If you removed ants, there is a great deal of vegetation that would suffer. This means that herbivores and decomposers would also suffer, which means anything that preys on those animal groups would also suffer.

Secondly, ants are surprisingly effective predators, helping to maintain the delicate balance of nature. If you removed ants, some other animal groups would multiply to pest proportions.

Back to the distinctive purple and black meat ants: they are well known for their large, oval-shaped nest-mounds normally 1 to 2 metres in diameter. These nests are often associated with many entrance holes; most nests have 20 to 35 holes. On the surface of the nest, workers clear the area of vegetation and cover the mound with gravel, but may use other materials that are available, including sand, pebbles, dead vegetation, eucalyptus fruits and twig fragments https://australianmuseum.net.au/learn/animals/insects/meat-ant/ . Nests are built in the sun to keep them warm. Some colonies are known to create “super-nests”: workers construct many nests connected through established paths, extending up to 650 metres in length.  In one extreme case, a single colony was found to occupy over 10 hectares (25 acres) of land with 85 individual nests and 1,500 entrance holes https://en.wikipedia.org/wiki/Meat_ant

The meat ants are omnivores, often feeding on honeydew from sap-sucking insects, flower nectar, sugar and other sweet substances. They also prey on various insects and animals, collecting both live and dead invertebrates and acquire meat from dead vertebrates.

Where would we be without ants? As others have said ‘Ants decompose a lot of our garbage. Without ants we would be trashed.’