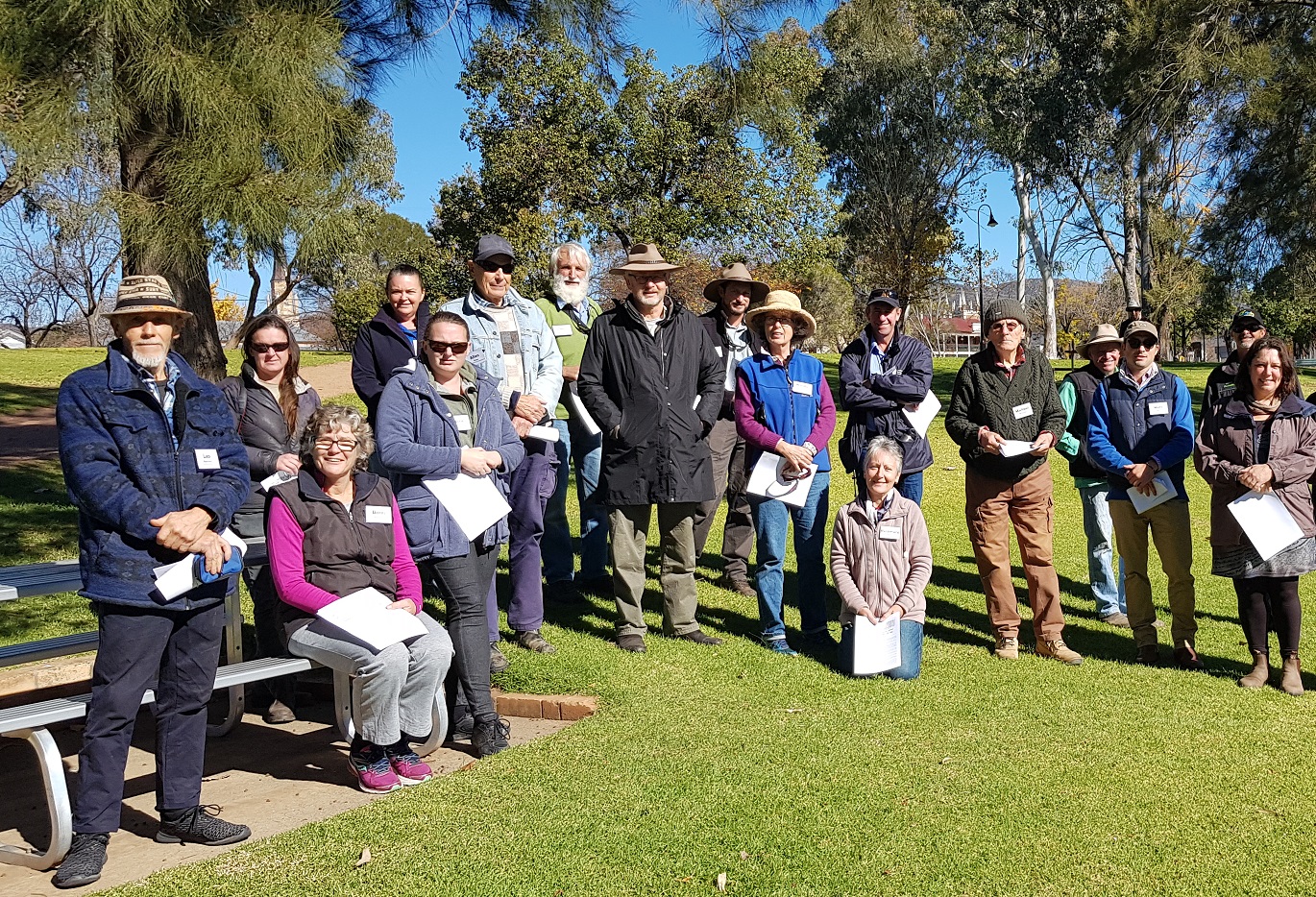 It was a cool, fresh day, but that didn’t deter lucky members of Mudgee District Environment Group (MDEG) who joined other interested locals on the Big Wet Bus Tour of Cudgegong River. The tour was organised by the Dubbo branch of the NSW Office of Environment and Heritage (OEH).

The Cudgegong River rises in the sandstone tableland country east of Rylstone, and our first stop was at the first significant impoundment of its flow – Windamere Dam. We heard from experts how the water in our rivers and dams is shared by many different users. Some water is put aside for towns and some for farms. And a share of the water in our rivers is managed for the health of the river itself – this is ‘water for the environment’. A healthy river supports fish, birds, other wildlife, plants, and of course people! More info can be found at http://www.environment.nsw.gov.au/topics/water/water-for-the-environment/

When a ‘fresh’ comes down the river, she-oaks and other river-side vegetation on the benches provide organic material and carbon to kick-start the aquatic food chain.

Did you know there is a new species of giant spiny crayfish formally described by Rob McCormack in 2017 from specimens caught in the upper Cudgegong River? At this stage the species is only known to occur in the Cudgegong River and its tributaries upstream of Windamere Dam. Due to the species very small range it will likely be listed as Critically Endangered.

Before the flow of our river was impaired by dams, causeways and low-level bridges with culverts, there was an abundance of native fish. Newspaper reports of 1920s and 30s mention Murray cod (one monster weighed in at 92lb), catfish, Macquarie perch (now endangered) and blackfish. By the 1950s fisherfolk were alarmed at the increasing number of carp, with a corresponding decline in native fish numbers.

Our tour included stops at Riverlea Road, Lawson Park, Gooree, and Beryl. This last site was the furthest from in-flow structures and we observed a more natural river system there. What a beautiful, peaceful place!

The Dubbo chapter of OzFish Unlimited is a group who participate in fish habitat rehabilitation. They get involved in projects such as re-snagging, river bank planting, weir removal, fish ladders or anything that will ultimately improve local fish habitat and fishing. Check them out: https://ozfish.org.au/

Thanks to the staff of OEH for organising this terrific insight into the history and current management of the mighty Cudgegong.